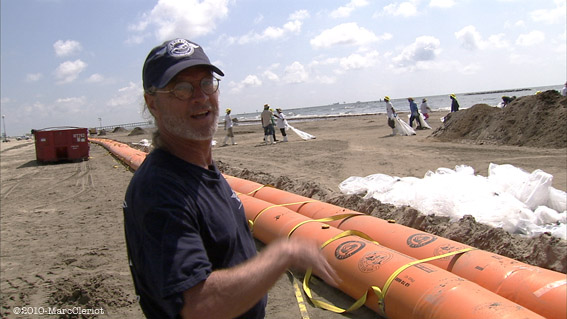 Confessions of an Eco-Terrorist

Peter Jay Brown was a photographer and a film maker before he became an environmentalist.
In 1982 Peter boarded one the Sea Shepherd’s vessel in Iki Island, Japan on assignment for a network.
« I was working as a cameraman for NBC and got busted. Paul walked away free and clear. however I had liked what I had seen and I signed up »

While being involved as a Sea Shepherd alongside Paul Watson for the past 30 years, Peter managed to remained true to his passion, filming, documenting the life and actions of these activists when ever possible.
In January 2009, having captained the Steve Irwin for two Antartic season against Japanese Whalers, Peter Brown decided to quit when the show, Animal Planet’s Whale Wars, became more important than the mission itself, upping the stakes, putting lives at risk.

His defection had nothing to do with the producers making him into the Bad guy, a reputation he did not mind for it is notorious that those TV characters attract the most attention.

Attention Peter will soon be needing to promote his own projects.

Peter has just come up with his very own confessions.
CONFESSIONS OF AN ECO-TERRORIST, a 90 minutes film telling his side of the story, was projected for the very first time at the Blue ocean film festival in Monterey the last week end of august 2010..

Having left the Sea Shepherd, Peter was unable to remain out of the environment business for very long. While working in LA on his film, he agreed to join a few friends who wanted to set up a rapid response media intervention team using sea planes to get directly where it matters to cover marine conservation issues.

Also they had not plan to get started before Peter’s film was finished, the Blue Seals where pushed into action by the Deepwater Horizon explosion and the following oil catastrophe.
In May Peter travelled back and forth between the Studio in LA, where he was assembling his film, all the way to Louisiana, to help set up the very first Blue Seal Mission.
In early June the first team of Blue Seals was assembled in a Motel next to the International airport in New Orleans and set out to help document the unfolding tragedy in the gulf of Mexico using a rented Albatros sea plane to reach the unthinkable… 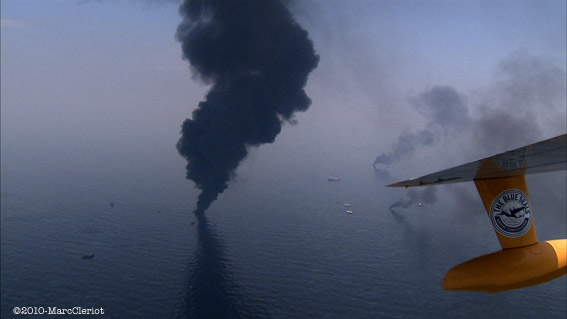 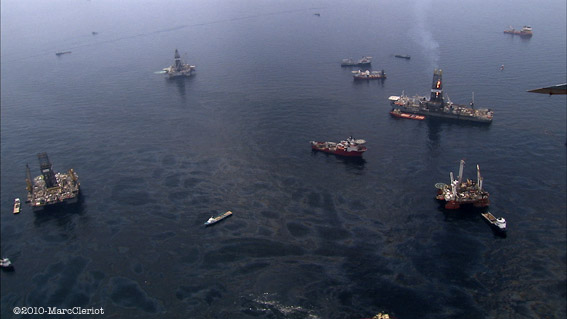 they are burning it

1st February 2011
8 months later, Peter is about to present the HD version of his CONFESSIONS OF AN ECO-TERRORIST
It opens at the SANTA BARBARA FILM FESTIVAL in CALIFORNIA on the 2nd of February 2011
and will be played again on the 4th and 5th.
You can find out more about the film and the schedule in the internet: 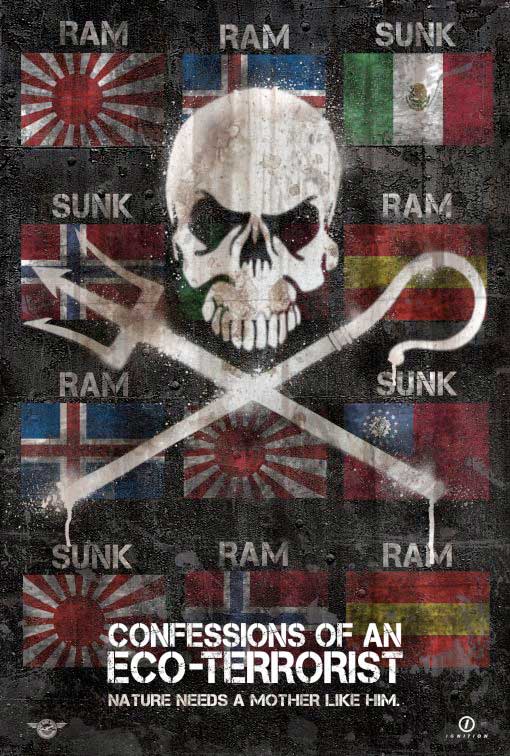 I have known Peter Brown for a while.
In the mid 1990′s I myself covered a few of the Sea Shepherds adventures producing reports that were printed by various European publications.
I met Peter on the side of a seal hunt story in Canada.
When he came back from Antarctica two years Ago, it was clear that Peter had a mission.
I had heard of his film projected for along time not knowing what to expect.
When I finally received a low res DVD of his confession in the mail a few weeks ago, I could not wait to get that DVD stuffed into my computer.
And…
Well suffice to say that once I had started, I could not turn it off and when I reached the end I realized I would have enjoyed seeing some more of that stuff.
Now, I could rant and tell you all about it spoiling some of the fun.
I for one, had hope to travel east to see CONFESSIONS on a large screen in HD among others on the 2nd.
Unfortunately these days last minute tickets to the other side of the world don’t come cheap and the Media are short of money at least to pay us independent reporters well enough that I can afford this extravagance.
So I can only recommend others do go and see it and hope they en joy it as much as I would have.

The only detail I will reveal here is the dedication for I find it so appropriate. 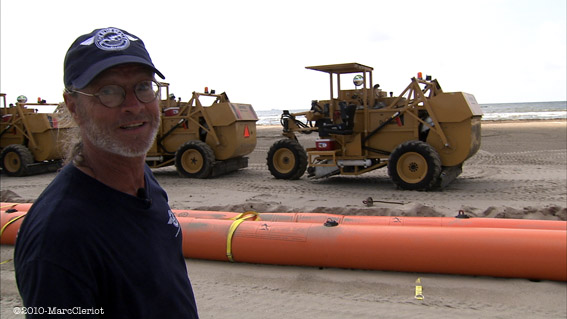